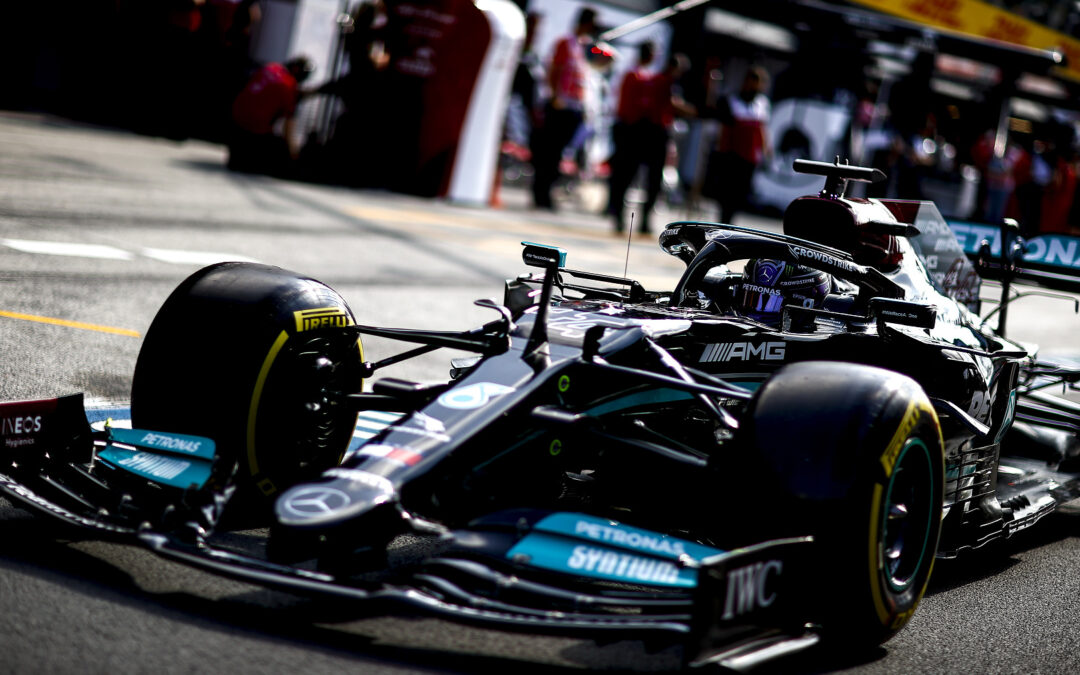 This track is epic. It brought back so many memories when I first got out there, from when I drove here before. I knew it was great when I was in Formula 3, but in a Formula One car it is just something else. It’s a shame I couldn’t complete more running, but the loss of power cut my FP2 short quite early on. I’ve got some catching up to do and we need to investigate the issue in more detail, but it’s not the end of the world. The car wasn’t feeling too bad, in the limited running I had, and Valtteri had a productive FP2, so we’ll have plenty of learnings to take from that. It was amazing to see the crowd here today, there were so many people out there and the Dutch fans bring so much energy. I hope it’s a great weekend for everyone.

Scuderia Ferrari’s Charles Leclerc and Carlos Sainz led the way just ahead of Alpine F1 Team’s Esteban Ocon who had an impressive day for the Enstone-based outfit ending the afternoon just ahead of Valtteri Bottas and speaking following the action Bottas said:

Overall, it was a good day for me, and I enjoyed it out on track. It’s an exciting track to drive, with all the banked corners and high-speed sections. It’s got a nice flow and it’s fairly easy to settle into a rhythm. I’m sure tomorrow in Qualifying will be even more fun. It was quite a disrupted day with a lot of red flags, but even so, I got quite a lot of laps in, particularly in FP2 where we did some proper running on both single lap and long runs. I’m sure we have plenty of data to go through. The margins look small, which is nice to see, so everything is possible.

Home favourite Max Verstappen in his Red Bull was second fastest in the opening session this morning while in the afternoon he was fifth fastest and speaking following his time in the car on Friday he said:

“It’s been a good day and it was really enjoyable to see everyone in orange having fun in the grandstands. Of course the track is also very fun to drive with a lot of fast corners so it was good to finally get out there. From our side I don’t think the lap times are very representative today as I did my fastest lap on a used set of tyres. I was improving on another push lap and then Mazepin had a spin otherwise I think we would be higher up but it’s only Friday and we’re still looking at all the details of where we can do better and improve. The long runs looked competitive which is positive but we also know that the start position is very important here so we’ll see what we can do to get more pace out of the car overnight.”

Fernando Alonso was sixth fastest just ahead of Pierre Gasly who set a fastest time of 1:11.462s and speaking following the action he said:

“I must say it was really fun today, it’s an amazing track to drive on and very unique, especially turn 3 – it’s like sliding in a toboggan, with the banking. Obviously, the sessions were interrupted quite a lot with the red flags, so it was difficult to make it through our whole programme, but we still managed to complete a lot of it. I think we’re not looking as good as we would’ve liked but hopefully, we can work tonight to find a bit more performance for tomorrow. I’m confident we can do that. I think traffic in Q1 tomorrow could be an issue and I need to try to avoid this mess. Then I think looking towards the race it will be very difficult to overtake, so the priority is getting a good starting position.”

McLaren Racing’s Lando Norris was eighth just ahead of Antonio Giovinazzi and Sebastian Vettel rounded out the top ten and speaking following the action the German said:

“I think overall that was a decent afternoon session. We had some catching up to do because of the power unit issue this morning. So I had to find the rhythm quickly and it helped that I have driven here before many years ago. They did not change too much on the track [layout], but I think the changes they have made are for the better. It is an exciting lap because of the banking and corners with camber are always good fun to drive. We need more circuits with these types of corners. The crowd was great, too, and I am enjoying the atmosphere. There is more to come from me and the car so it will be interesting to see what we can find overnight.”

Lewis Hamilton was 11th just ahead of Sergio Perez who set a time of 01:11.946s and speaking following the action he said:

It was awesome to get out there and drive this old school circuit. It’s very different to the other tracks we go to and with so many consecutive right-hand corners it’s a pretty unique and physical challenge. I’ve never driven here before so it’s completely new and with so many red flags it was difficult to get into a rhythm. You really need the confidence going into the session to trust the car in order to push it and I wasn’t quite there or fully comfortable today so there are a couple of things on my side that we need to look at and make some decisions on in order to get the most out of the package. It’s amazing to see so many fans enjoying themselves and cheering in the grandstands so I expect the energy around the track to only get better and better over the weekend.

Yuki Tsunoda was 13th fastest and speaking following the action he said:

“In the morning we were testing some aero components, but we had a minor PU issue that we had to investigate and weren’t able to go back out. For the rest of the session, I watched a lot of on-board videos from other cars and tried to learn as much as possible before the afternoon. In FP2 I completed my first push-lap, I tried to take it easy at first as there’s not a lot of run-off areas on this track. At the end I managed a lap I was quite happy with, I obviously need to do a lot more work tonight, but I felt quite confident in the car and it was important for the team to get this data, so we can prepare for Qualifying tomorrow. I think Quali will be really important, as it seems that it’ll be difficult to overtake here during the race, so hopefully I can put it altogether when it counts tomorrow.”

Lance Stroll was 14th with a time of 1.12.136s and speaking following the action the Canadian commented saying:

“It was a positive day to start the weekend and I really enjoyed the experience of driving at Zandvoort once again. Track time was limited in FP1, we finished ninth, and we looked strong in FP2 until we were caught out by the red flag when I was on a quick lap. I felt comfortable in the car and I think we have a good baseline. We know that qualifying is going to be key to success here because overtaking will be so difficult, but there is some degradation, which might make strategy a bit more of a factor. We have got plenty of data to look at tonight and we will aim to take another step forward tomorrow.”