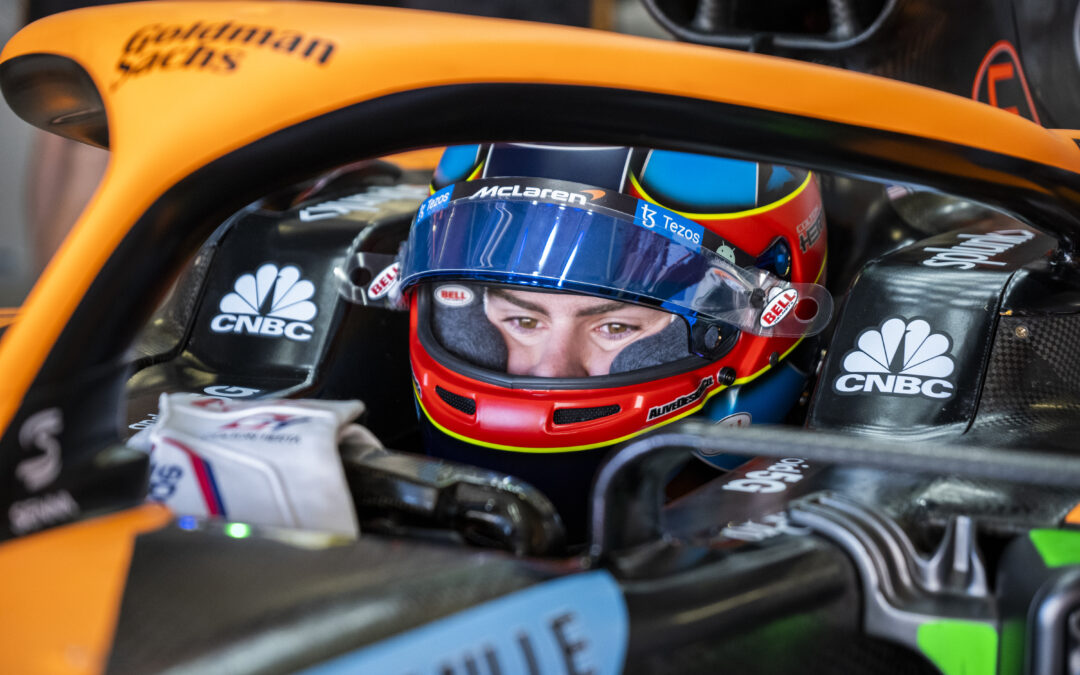 Formula One returns this weekend at the Spa Francorchamps circuit following the Summer break and it has emerged that Marko was seen in conversation with McLaren CEO Zak Brown in paddock in Belgium on Saturday morning.

Herta is under contract with McLaren Racing and has completed an initial test with the McLaren F1 Team.

There have been rumblings that Oscar Piastri will join McLaren next season to replace Daniel Ricciardo who leaves the Woking-based team at the end of the season.

The general feeling in the paddock is that if Piastri goes to McLaren, Pierre Gasly could replace Fernando Alonso at Alpine with Alonso already confirmed at Aston Martin to replace Sebastian Vettel who will retire at the end of the season.

If Herta moves to Formula One next season, a seat would become available at Andretti Autosport which could be a great place for Daniel Ricciardo.

The Australian would be a very attractive option for the NTT IndyCar Series and would be able to find the sponsorship needed to compete in IndyCar.

It is also possible that Ricciardo cod end up at Chip Ganassi Racing to replace Alex Palou in the No.10 NTT DATA Honda if the Spaniard moves to Arrow McLaren SP.

Another option for Ricciardo could be sharing the No.48 Honda if Jimmie Johnson decides to return to a part-time schedule in 2023 however, Paddock Eye understands that Johnson’s preferred option would be to continue full-time with Chip Ganassi Racing.

Paddock Eye has learned that Johnson’s sponsor Carvana has a deal with Ganassi to sponsor a car and a half and serve as an associate sponsor to Scott Dixon’s No.9 PNC Bank Chip Ganassi Racing Honda.

Colton Herta does not yet hold a Super Licence to enter Formula One however, given that the NTT IndyCar Series season ends in two weeks’ time he could be released by Andretti to go and complete an old F1 car test program with McLaren before moving across to Alpha Tauri.

There are a lot of moving parts to this story which will no doubt play out over the course of the off-season.

Herta has said that he is young enough to spend a few seasons in Formula One and then return to the NTT IndyCar Series.