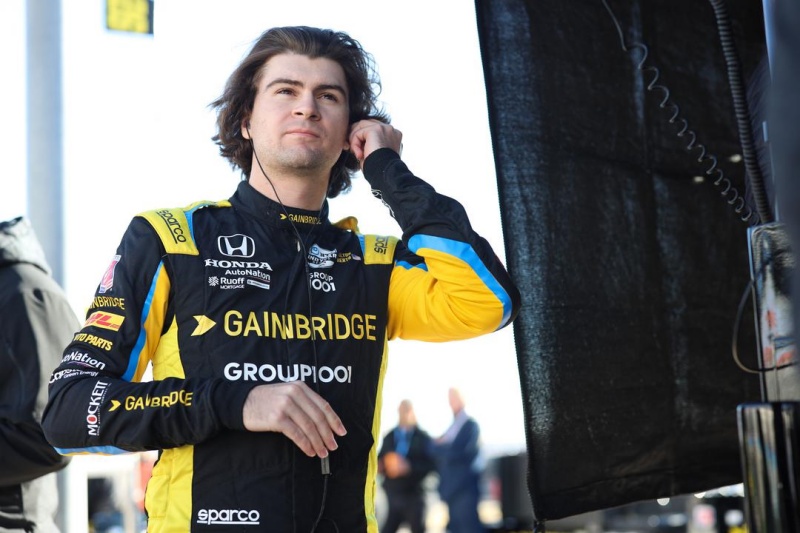 Andretti Autosport’s Colton Herta in the No.26 Gainbridge Honda will start Sunday’s XPEL 375 at Texas Motor Speedway from ninth place on the grid having set a two-lap average speed of 220.602MPH and speaking following the action he said:

“The Gainbridge car is fast, we just need to find a little more speed in qualifying. In the second practice session, we focused on a race setup. That brought up a few issues but we solved them with some changes. So, we’re ready to go for tomorrow.”

Alexander Rossi in the No.27 NAPA Auto Parts AutoNation Honda starts the race from 12th place with a two-lap qualifying average of 220.458MPH and speaking following the action he said:

“We qualified 12th. The NAPA / AutoNation car is pretty good, we just missed a bit of speed in qualifying. I think the car is good and it is going to race similar to what we got out of it today. We will see what tomorrow brings.”

Romain Grosjean in the No.28 DHL Honda starts his maiden superspeedway race from 13th place and speaking following a two-lap average of 220.412MPH he said:

“First day at the speedway, first oval qualifying. We were fast but not fast enough. I think we’re in a good position for tomorrow. We learned a lot today and we did a little work on the car. Obviously, Texas is a very hard track. I think we have something pretty good for tomorrow. Hopefully, we can make some passes and get the car out front.”

Devlin DeFrancesco in the No.29 PowerTap Honda starts his first oval IndyCar race from 17th with a two-lap average of 219.888MPH and speaking following the action the Canadian said:

“First day in Texas done, practice and qualifying are in the books. The No. 29 Andretti Steinbrenner Honda is quite strong. I felt good about our in-and-out laps. The car handled well in traffic which is promising for tomorrow. The whole crew did great in the pits today. We learned a lot, I think we left a little on the table in qualifying but we learn through it and will take that into the race.”