Kustom Entertainment To Serve As Prinary Sponsor To Harvey 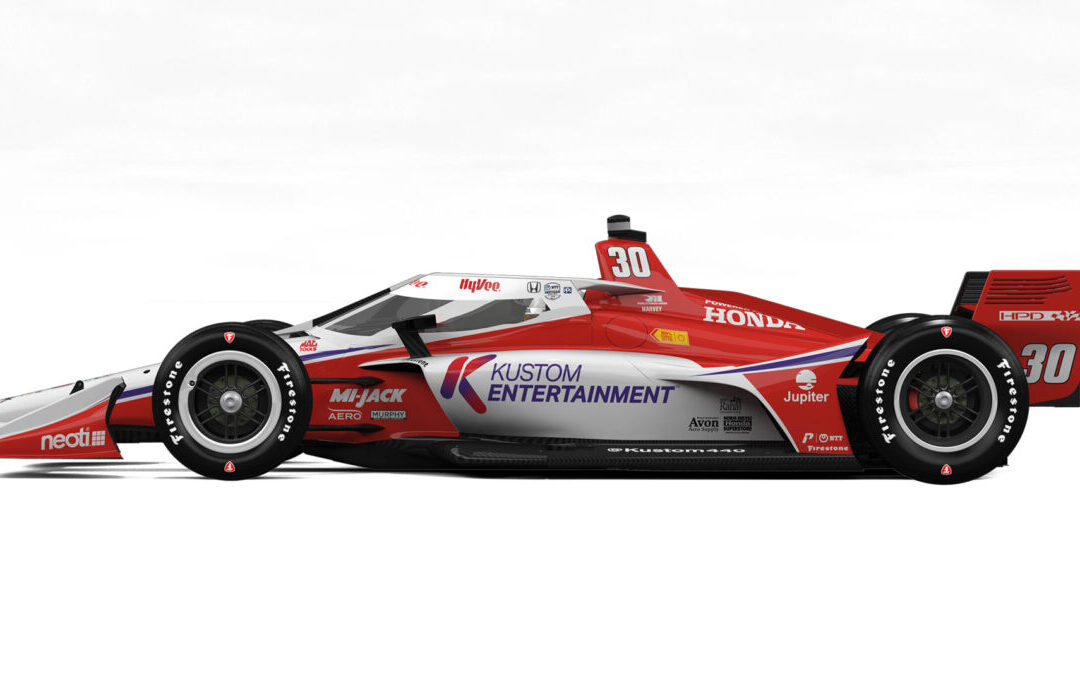 Rahal Letterman Lanigan Racing announced on Tuesday that Kustom Entertainment would serve as the primary sponsor to Jack Harvey in the No.30 Honda for seven races during the 2023 NTT IndyCar Series season after reaching a multi-year partnership agreement.

Kustom Entertainment, Inc. is the newest venture for Digital Ally, an RLL partner since 2019. Stan Ross, the CEO of Digital Ally has a long family history in the music industry and will serve as CEO of KEI. His father was a pioneer in the guitar amplifier business, founding Kustom Amplifiers in the 1960’s. The amplifiers, guitars and foot pedals created by Kustom and Ross Inc. were used by some of the all-time great musicians, including John Fogerty, Johnny Cash, The Jackson 5, and Sheryl Crow to name a few. Over the years, Ross has had his own record label and supported musicians as they climbed the charts.

“We are excited to continue our partnership with Rahal Letterman Lanigan Racing and are looking forward to an exciting year of racing and concerts. Our plan is to use our relationships we have established with other RLL corporate partners and cross-promote music and racing throughout the United States.”

Parent company, Digital Ally, has been a partner of the RLL team since 2019 and has featured its Shield™ Health Protection Products line on the No. 30 entry from 2020-2022. For 2023, Kustom Entertainment, Inc. will be primary sponsor of Harvey’s entry at races in St. Petersburg, Long Beach, both road course races at the Indianapolis Motor Speedway, Detroit, Nashville and Portland as well as a season-long associate sponsor. Artists performing at Kustom 440 events will be invited to attend the races and add their branding to the KEI livery.

“We are pleased to extend our relationship with Stan Ross and the Digital Ally companies. “Having known Stan for years, it is an honor to help increase the exposure for his newest venture with Kustom Entertainment, Inc., which will undoubtedly be a success.”

“It is always exciting to align with a new company, and especially one that has such a clear vision and path going forward like Kustom Entertainment, Inc. has, “Stan and his team have so much passion for their objectives, which is contagious. We are excited and flattered to represent them and are looking forward to watching the company grow.”

The on-track action in preparation for the 2023 season gets underway in nine days’ time at the Thermal Club, in Thermal, California.