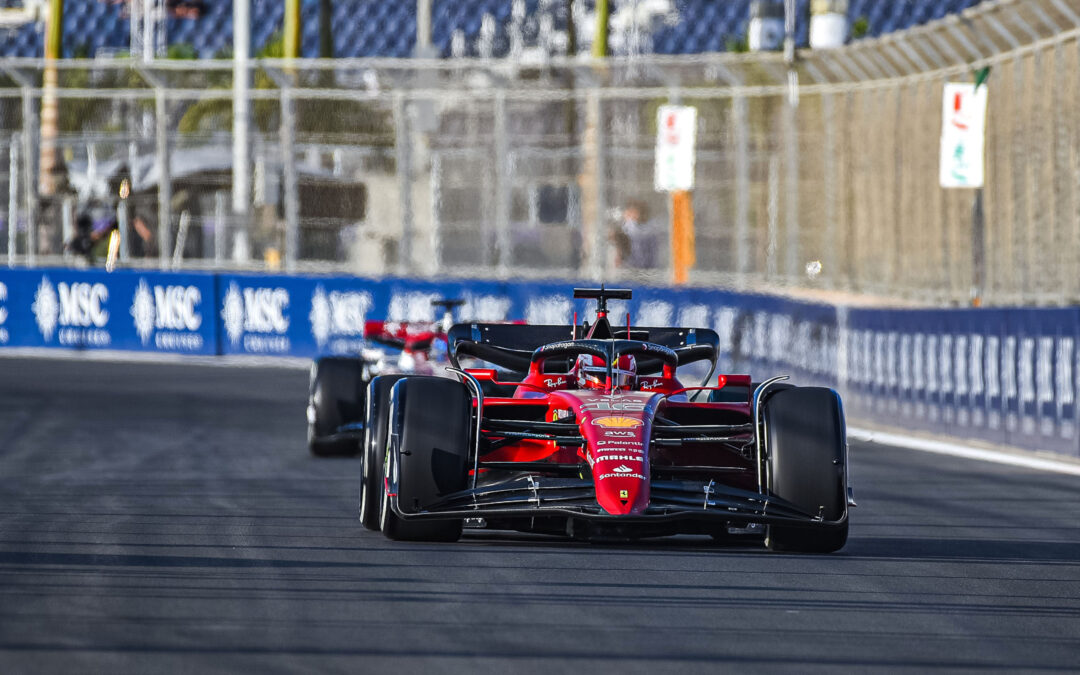 The Monégasques driver set a time of 01:30.074s and ended the day just ahead of defending champion Max Verstappen in his Red Bull.

Carlos Sainz was fourth just ahead of seven-time champion Lewis Hamilton who was 0.439s behind Leclerc just behind Sergio Perez.

George Russell was sixth with a time of 01:30.664s just ahead of Lando Norris’ McLaren who showed vast improvement compared to last week.

Yuki Tsunoda rounded out the top ten despite going to the pits on a low loader due to an apparent engine issue.

Fernando Alonso was 11th just ahead of Pierre Gasly and Mick Schumacher.

Kevin Magnussen lost a load of time due to an apparent hydraulic issue.