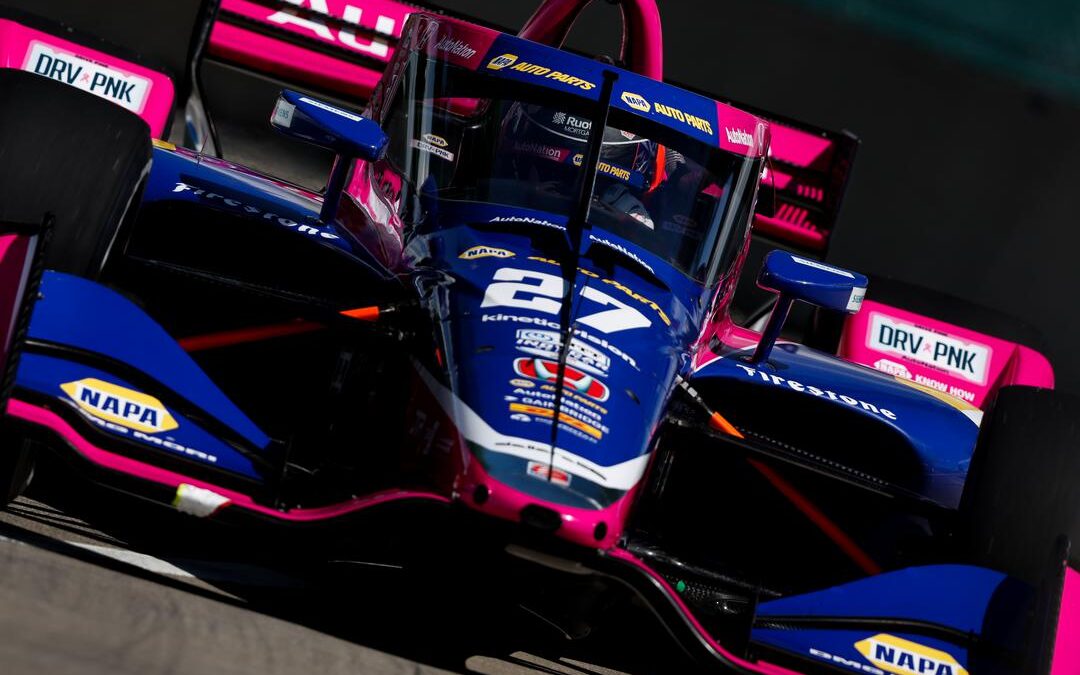 Andretti Autosport’s Alexander Rossi in the No.27 AutoNation Honda was the pace setter in race day warm up here on Belle Isle for the final Detroit Grand Prix. Rossi set a fastest time of 01:15.5816s ending the session just ahead of Indy 500 winner Marcus Ericsson in the No.8 Huski Chocolate Chip Ganassi Racing Honda who set a 01:15.9213s.

Scott Dixon in the No.9 PNC Bank Chip Ganassi Racing Honda was third fastest with a time of 01:15.9765s just ahead of Christian Lundgaard in the No.30 Shield Cleansers Rahal Letterman Lanigan Racing Honda who set a 01:16.1116s.

Felix Rosenqvist in the No.7 Vuse Arrow McLaren SP Chevrolet rounded out the top ten just ahead of Rinus VeeKay and Romain Grosjean.

Front row starter Takuma Sato was 13th just ahead of Helio Castroneves and Devlin DeFrancesco and Conor Daly. Team Penske’s Will Power in the No.12 Verizon 5G Chevrolet was 17th with a time of 01:17.4521s.

David Malukas was 18th just ahead of Kyle Kirkwood and pole-sitter Josef Newgarden while Scott McLaughlin was 21st just ahead of Juncos Hollinger Racing’s Santino Ferrucci and Jack Harvey.

Chip Ganassi Racing’s Jimmie Johnson was 24th despite bringing out the red flag in the session for a half spin on the circuit.

AJ Foyt Racing were able to get Dalton Kellett’s car repaired and he finished the session in 25th just ahead of his team-mate Tatiana Calderon who rounded out the order in 26th place.