Today Got Us Into The Competitive Mix 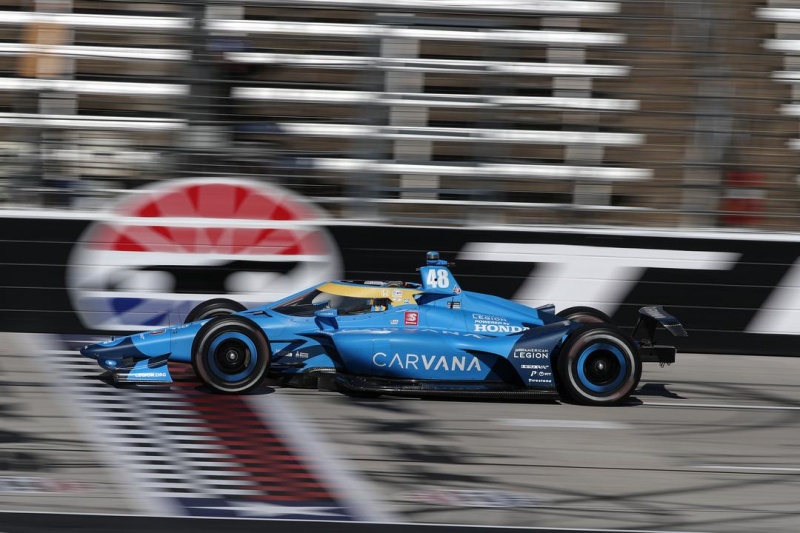 Chip Ganassi Racing’s Jimmie Johnson in the No.48 Carvana American Honda was the driver of the day in XPEL 375 at Texas Motor Speedway on Sunday as he came from 18th on the grid to finish his first oval NTT IndyCar Series race inside the top ten in sixth place.

The Californian had a great battle with his six-time NTT IndyCar Series champion team-mate Scott Dixon who just managed to overtake Johnson at the end of the race.

The result was Johnson’s best result in the NTT IndyCar Series to date and is testament to his experience of oval racing during his extremely successful NASCAR Cup Series career where he won the championship seven times and also won in Texas seven times.

I hoped to qualify in the top 10 and race in the top 10. “Missed the qualifying mark a bit, but once we hit the halfway point of the race, I really could sense and feel the car. It became second nature, and off I went. We knew going oval racing would help, and today got us into the competitive mix.

Defending champion Alex Palou in the No.10 NTT DATA Honda ended the race in seventh place.