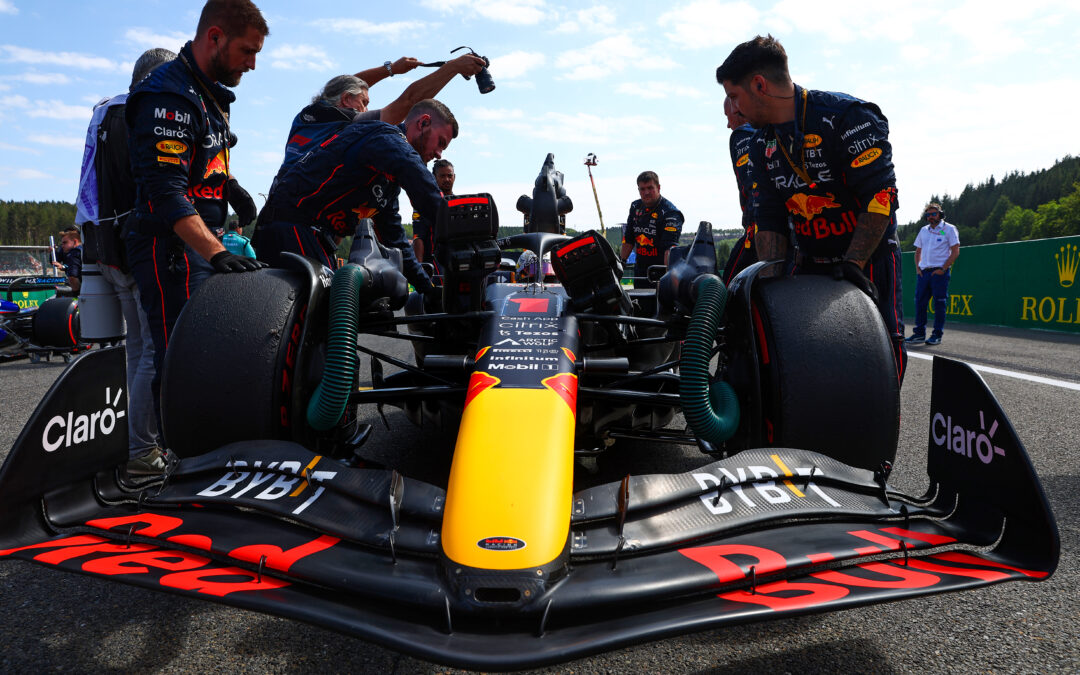 Oracle Red Bull Racing’s Max Verstappen had a fantastic Belgium Grand Prix as the Dutch driver extended his championship lead coming from 13th on grid to take his ninth win of the season.

Verstappen was joined on the podium by his team-mate Sergio Perez who has now moved into second place in the standings.

Charles Leclerc was handed a 5s penalty for speeding in the pit-lane finishing in P6.

Verstappen now takes a 98-point lead in the championship over Charles Leclerc to his home race in Zandvoort next weekend.

Esteban Ocon finished the race in seventh just ahead of Sebastian Vettel and Pierre Gasly while Alex Albon scored a point for the Williams team.

Lance Stroll was P11 just ahead of Lando Norris and Zhou Guanyu.

Yuki Tsunoda came from the pit lane to finish the race in P14 just ahead of Daniel Ricciardo and the Haas pairing of Kevin Magnussen and Mick Schumacher.

Nicholas Latifi was 18th while Lewis Hamilton and Valtteri Bottas were forced to retire from the race.