We Just Knocked The Rear Out And Had To Retire 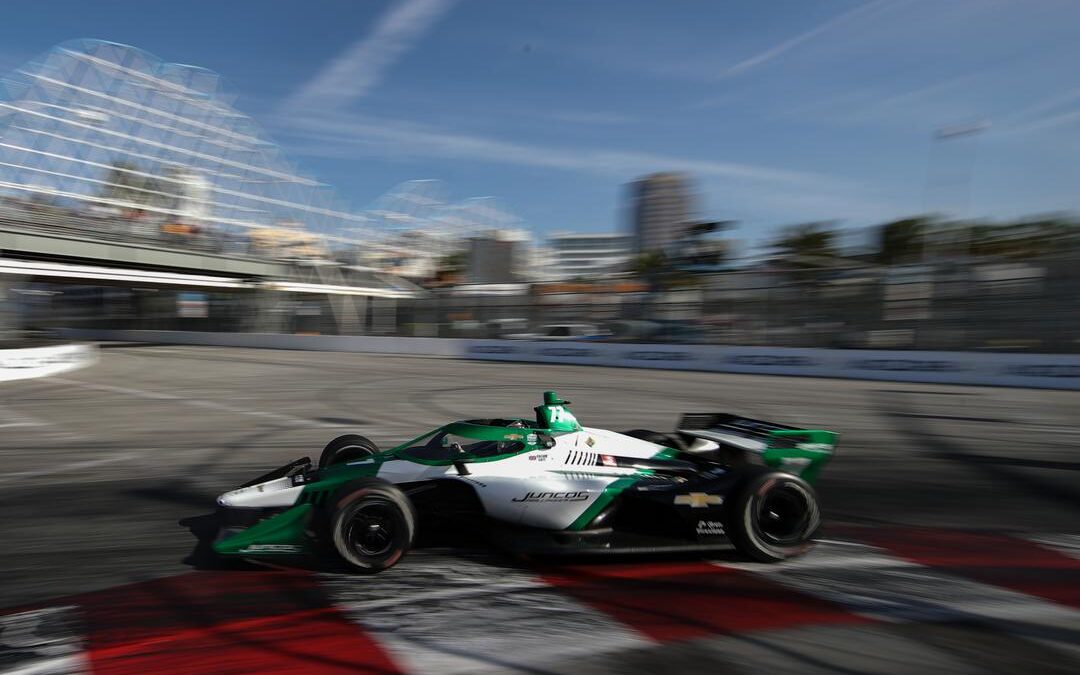 Juncos Hollinger Racing’s Callum Ilott in the No.77 Chevrolet was forced to retire from Sunday’s Acura Grand Prix of Long Beach after hitting the wall at Turn eight of the eleven turn street course. The Englishman had been having an encouraging weekend fighting with the top teams in the standings throughout the practice sessions.

Unfortunately, our race ended early with a little bit of contact with the wall in Turn Eight. We just knocked the rear out and had to retire. Otherwise, it was a weird race. There was so much grip on the track and the rubber was building up massively. It was a real shame to finish like that. We didn’t have a massive amount of pace which is something we need to work on, the different feelings with the tires from reds to blacks. We have a lot to look at after this weekend, some pros and some cons. We have Barber in two weeks, which I believe is a physical one, so I need to train a bit for that one. Overall, Long Beach was a challenge, but we will analyze and look to improve for the next one.”